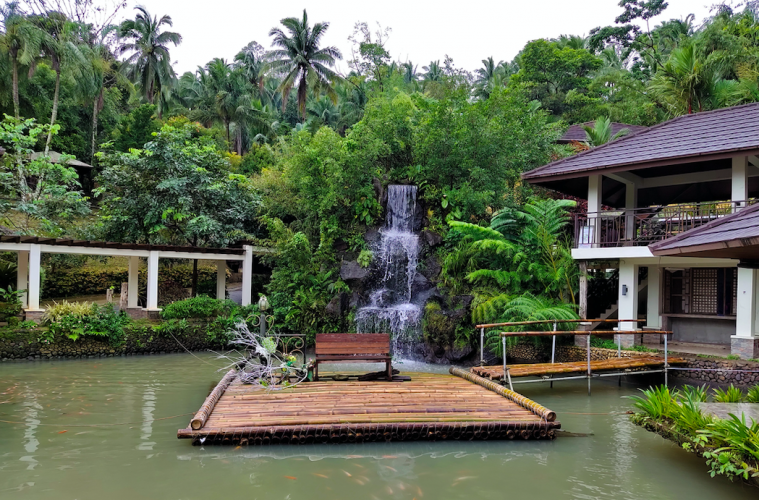 With most parts of the country recently placed under the modified general community quarantine category, travel-starved wanderers will have more leeway in rediscovering their pre-pandemic lifestyle.

And if the holiday season traffic is any indication, the first months of 2021 would be a field day for family road tripping onboard their private vehicles and within striking distance from the metropolis.

As flying is still a tricky mode of mobility, here are some alternative day trips within your reach, sans the documents and the intimidating checkpoints which make you feel like doing a Cold War-era border crossing.

Quezon. An underrated destination which has managed to preserve its bucolic allure with its farms, country-themed resorts, local cuisine and the majestic view of Mt. Banahaw.

The nearest point is the famed Villa Escudero Plantations and Resort, which is about 100 kms south of the metro, just way past the provincial welcome arch in Tiaong.

Further down in the towns of Sariaya, Dolores, Tayabas, Lucban and Pagbilao are under-the-radar spots which maybe the next big thing under the “new normal” regime with their open spaces, low density, plenty of sunlight and close-to-nature qualities.

Guests can feast on local delights at the floating cottage rafts at Fishers Lake Restaurant or the Boeing jet-themed Air Summit fine dining, which are both located at the Kamayan sa Palaisdaan in Tayabas (shown in main photo). It also has cozy rooms to spend the night after the 100 km-plus drive.

The next-door town of Lucban has more to offer than the sought-after Pahiyas Festival and tasty longanisa or pansit habhab. Samkara Restaurant and Garden Resort, a boutique lodging is a place where nature trippers can relax, meditate and just appreciate countryside living in its most basic form.

Beach bums can foray into the raw and sleepy shores of Bondoc peninsula, which has some of the unspoilt white sands in the Calabarzon Region.

Cavite. Due to its proximity to Metro Manila, it is often dismissed as a mere urban satellite. However, to its far-end is Maragondon which is infamously etched in history as the e where Andres Bonifacio met his gruesome end in the hands of fellow revolutionaries.

In recent months, this town hogged the limelight with a social enterprise which came to the rescue of townsfolk who were economically displaced by the pandemic. Likhang Maragondon relived the town’s weaving tradition and bamboo industry and produced fashionable hand-woven export-quality facemasks and bamboo furnishings.

If you want to linger longer for a feel of the province’s remaining rural areas, there’s the Riverfront Garden Resort situated by the banks of a clean and green river awardee and Terra Verde Ecofarm and Resort for a taste of agrarian life 101.

Golf aficionados, meanwhile, can look forward to the opening of the Puerto Azul Golf and Country Club in Ternate, a posh fairway overlooking Manila Bay, which seeks to relive its old glory days.

Further down is the Kaybiang Tunnel which serves as the provincial boundary of Cavite and Batangas, a favorite route of big bikers and cyclists.

Lingayen Gulf. In this vast body water, Gen. Douglas McArthur landed on Jan. 9, 1945 as part of this task of liberating the country from Japan. And if you want your own place in history, you can drive to the shores where he waded this weekend situated at the back of the postcard-pretty Pangasinan Provincial Capitol.

Located about 215 kms north, the taxing commute has become shorter and easier with the completion of the Tarlac Pangasinan La Union Expressway (TPLEx). The journey will also take you to the pilgrim church of the Manaoag Basilica and the bangus capital of Dagupan City.

And while there, the temptation of driving further west to the Hundred Islands Natural Park in Alaminos City is irresistible. The city government has done an impressive makeover of the old-time favorite by modernizing the Lucap wharf and installing tourist facilities in the major islands of the mini-archipelago

In between the long haul are obscure towns in-between which have their own unique roadside stuff worth pulling over—the puto vendors of Calasiao, the baroque church of Binmaley, the dried goods stalls in Sual, the beach resorts of Labrador, and the riverside restos in Bugallon, to name a few.

Beyond Alaminos, the towns of Bolinao and Anda will further tempt you with their own version of gin-clear beaches just within reach.

As you cruise to more driving odysseys with the family, just keep in mind to observe the health protocols to keep your family safe, even as you keep sane by rediscovering the great outdoors.

The world ACCORD-ing to Honda