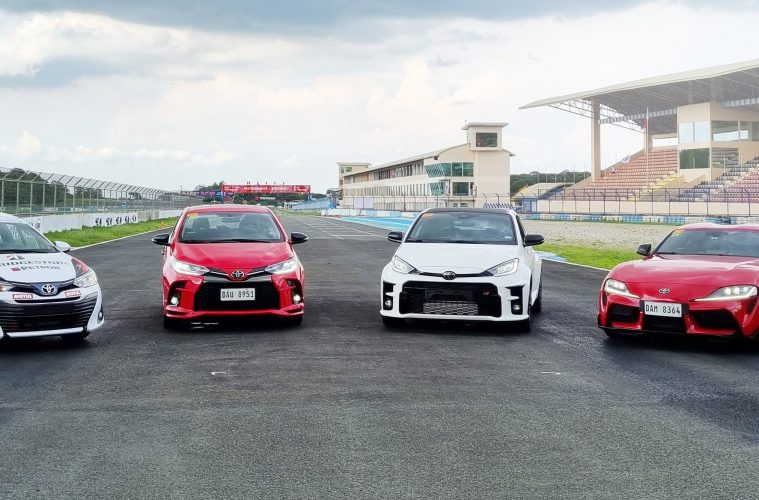 Toyota Philippines sent tongues wagging when it announced last March that it’s bringing in the GR Yaris, the brand’s hottest hatch ever. In the weeks that ensued, select Toyota dealers began taking orders with the GR Yaris retailing at P2.65 million.

Only 16 GR Performance Dealer outlets out of its current 72 dealers were given selling rights and units will be available starting August 14, 2021.

GR stands for Gazoo Racing and it is loosely referred to as “garage” racing. In car culture, the garage is a very intimate place where like-minded gearheads work together to improve even the smallest details whether for performance or simply to just making better cars. Toyota says that it is by this spirit that drives Toyota Gazoo Racing. Toyota’s over 60 years of motorsport history in various of its disciplines including Formula One, World Endurance Championship (WEC) and the Nürburgring 24 Hours endurance race. Toyota used “GAZOO Racing” for the first time when it entered the Nürburgring 24 Hours race in 2007 with two Altezzas backed up by a team of mechanics that comprised employees selected from various departments within Toyota.

Just as athletes test their capabilities by competing with all their might in the Olympics, automakers use racing as an opportunity to push a vehicle’s performance to the limits and compete for supremacy, enabling them to discover new ways of advancing automotive technology.

The GR Yaris is built in Toyota’s Motomachi Plant where the legendary Lexus LFA was built and is homologated to 2,500 rally-bred units. Allocation for the PH market is scarce, with just over a hundred units which are already spoken for. This is not your typical econobox Yaris. Completely redesigned and race-built from the ground up, it costs almost thrice as the entry level Yaris.

It is powered by a 1.6 liter turbocharged 3-cylinder powerplant, and rated at 257hp and 360Nm of torque, making it the world’s most powerful and lightweight 3-cylinder engine thus giving it both the advantage of weight distribution and everyday reliability.  Mated to a 6-speed manual transmission, this pocket rocket can propel from 0-100 kph in 5.5 seconds and is electronically limited to a top speed of 230kph. It has a lightweight body that uses both aluminum sheet metal on the hood and doors and carbon fiber roof for lower center of gravity and has a full-time four-wheel drive system with front/rear torque distribution control to optimize driving style and road surface conditions.  It also has a mechanical handbrake and a 6-speed manual transmission to give the driver full control and push the car to the limit. The Philippine-spec GR Yaris comes with the High Performance/Circuit Package as standard. The GR Yaris is rally-bred to successfully compete in the world rally championships and carries Toyota’s CEO Akio Toyoda’s stamp of approval.

It uses 18” BBS Forged Alloy Wheels and fitted with bolstered racing seats trimmed with suede and synthetic leather. First and foremost bred for rally, it has great roadside manners and comes with modern essentials like Apple Carplay and Android Auto connectivity and all the safety features for daily drive use including Toyota’s Safety Sense features (Pre-Collision System, Automatic High Beam, Lane Trace Assist, Adaptive Cruise Control). Aside from these, it also comes with 6 SRS airbags, Anti-lock Brake System, Vehicle Stability Control, and Hill-start Assist Control. Its Front and Rear Torsen Limited Slip Differential provides increased traction and improved stability for the vehicle and allows the driver to have perfect control of any drive with multiple drive modes available (Normal, Sport, and Track).

Last July 17th, TMP held a special track day for the introduction of the GR Yaris at the Clark International Speedway where participants from select media outfits and VIPs got to try out the GR Yaris as well as the GR Supra on the race track. The event was managed by JP Tuason of Tuason Racing School, the same team that organizes the Vios Cup Race. From slalom to braking exercise and a spirited drive around the track, the track day also included the announcement of celebrity race car driver Marlon Stockinger as the new ambassador for Toyota Gazoo Racing.