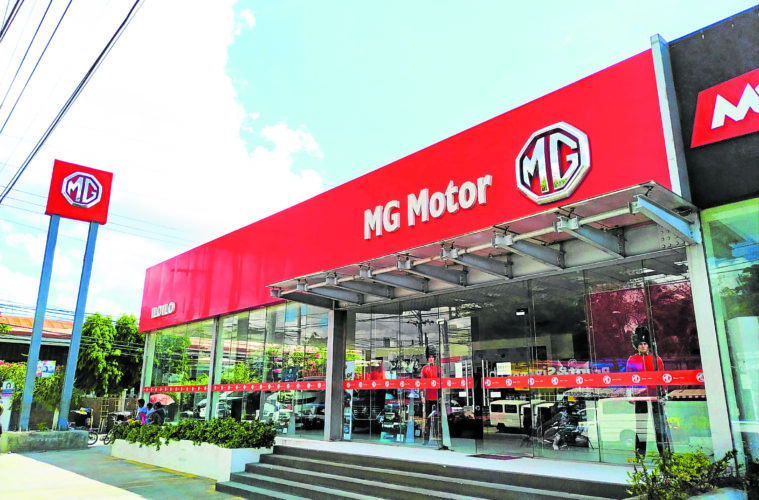 “Iloilo city has one of the largest MG ownership bases in the country, which is why we can confidently say that Ilonggos have embraced MG as one of their top choices ever since we started in late 2018,” says Jan Andrew Po, president of Grand Canyon Multi-Holdings, Inc., the official dealer of MG cars in Iloilo City, which has been in the automotive business since 1996.

Grand Canyon Multi-Holdings, Inc. was one of the first companies to sign up to open a new MG dealership when The Covenant Car Company, Inc. (TCCCI) became the official distributor of MG products and services in The Philippines in 2018. Before that, Grand Canyon and TCCCI have enjoyed a long and successful business relationship, and the opening of the new MG Iloilo is the latest chapter in a decades-long partnership between two powerhouse organizations.

For Grand Canyon, Iloilo City was always the first choice to put up a dealership as it is the company’s home base. MG Iloilo is housed in a 1,500-sqm building that was built from the ground up, and boasts of a six-car display showroom, spacious customer lounge, and seven work bays to quickly accommodate service and aftersales jobs.

“Filipino motorists have become more informed about the vehicles they want, along with the accompanying service needs for these cars. We have paid special attention to this, and that’s why aside from sales, we beefed up our aftersales and service components at MG Iloilo,” says Po.

“In the last five years, Filipino motorists have put a lot of importance on value and security when it comes to cars. This is what makes MG an ideal choice for many,” Po says, “as MG provides the right balance of value (with high-end specs at a reasonable price) and aftersales security (well-priced parts, five-year warranty.)”

MG Philippines itself has experienced exponential growth in the last couple of years. MG Philippines gained its 10,000th customer in Q2 2021, a quick three years after the brand first launched. And just last year in 2021, MG Philippines reported an 85 percent increase versus the previous year. With more and more MG dealerships opening nationwide, that figure is only expected to increase in 2022.

Among MG’s most popular car models include the value-rich MG ZS Crossover SUV, and ZST turbo-charged variant; and the MG 5 Sedan, highly regarded in the local subcompact sedan category for its best-in-class features, exterior size, cabin and luggage space, and driving dynamics. The spacious and versatile RX5 SUV is also made available, along with the sporty MG 6 Fastback Sedan.

The MG HS, the newest MG SUV that entered the market in March, is also gaining popularity, thanks in large part to its dynamic styling, spirited performance, and premium features.

Locals in and around Iloilo city can also look forward to special promos exclusively from MG Iloilo as “we have always made sure that we have market leading promos and vehicle specials that cater specifically to our market,” says Po.

While interest in personal mobility solutions is on the rise, the prospect for MG looks bright in the Philippines, and in Iloilo City. Po says: “We expect a continued, strong reception from the market towards the MG brand, with car models and services that resonate with Ilonggos and Filipinos as a whole. Surely, this British icon will continue to delight motorists here in Iloilo City and neighboring cities.”